After wrapping Merry Happy Whatever Ashley’s back to work. The other series airing this year is Carol’s Second Act. Ashley and the cast sat down for two table reads yet and I’m excited to see on set photos and the final episodes. A little exclusive information: the second episode is called You Give Me Fever.

Friday lunch was brought to you by California Backyard Cuisine in Los Feliz, California. Ashley was seen leaving the location on Friday (August 2) afternoon.

From the Carol’s Second Act Panel and press day lots of photos were added to the gallery.

Day 10 of the Summer 2019 Television Critics Association Press Tour took place in Beverly Hills last night (August 1). Ashley and her Carol’s Second Act costars sat down to talk about their upcoming show, which will air on November 26 on CBS. Ashley said she’s excited for this show.

30 HQs of Ashley out and about in Beverly Hills on July 31 are now up in the gallery.

Ashley Tisdale says she’s not ready to start a family — and she encourages other women to take charge of their reproductive health and carve their own individual journey to parenthood.

“Whether you’re traveling or you have work or education or you’re married and not ready to have a kid yet, there are options out there,” the actress, who married musician Christopher French in 2014, tells PEOPLE. “For me, it’s like, it’s okay to not want to start a family right away. People are always asking me about that, but it’s just not the right time. And I have options out there.”

The High School Musical star has partnered with Allergan, the maker of birth control pill Lo Loestrin Fe, to join the “Women Who Know” campaign, encouraging women to seek accurate information about their reproductive health, including researching birth control options.

“We are trying to inspire women to take an active role in decisions about their reproductive health and contraceptive options,” says Tisdale, 34. “For me, it’s just about starting the discussion, having those conversations with your doctor and health care provider and knowing that there are options out there.”

Tisdale appears in educational video content alongside OB/GYN Dr. Lakeisha Richardson, in which she encourages other women to ask questions and engage experts.

“I have always been someone who likes to research a lot on anything that I do with my body,” Tisdale explains. “It’s about asking the right questions, and sometimes you might not even know what those questions are and that makes it uncomfortable. What’s great about this campaign is that there are videos and tools and doctor discussions.”

“Everyone is different,” she continues. “You might be like, ‘Oh, that works for that person,’ but we’re all so different. So really what I’m trying to do is just support women and encourage them to have the conversation, to feel more comfortable and be able to ask those questions and find out what the best option for you is.”

And in a case of life truly imitating art, Tisdale will next play a pharmaceutical rep in the upcoming CBS sitcom, Carol’s Second Act, alongside Patricia Heaton.

“I play [Heaton’]s daughter,” she reveals. “A pharmaceutical rep! It’s really all tying in. It’s pretty fun, I’m excited for it.”

That’s a wrap! Last night Ashley and her Merry Happy Whatever costars wrapped on the series. 8 episodes will be available in November 2019 exclusively on Netflix. To get you in the Christmas mood in late July we’re glad to share 3 episode titles with you:

It’s been a while since we saw Ashley hitting the red carpet, but she did it again! Ashley attended the Stranger Things Season 3 Premiere in Santa Monica, California on Friday (June 28) looking fantastic!

In Merry Happy Whatever, written by Cawley and directed by Pam Fryman, Dennis Quaid plays Don Quinn, a strong-willed patriarch who must balance the demands of his complicated family with the stress of the Christmas season when his youngest daughter comes home for the holidays with a new boyfriend.

Mendler plays Emmy Quinn, the independent-minded daughter home for the holidays and hoping her over-protective father will accept her musician boyfriend Matt (Morin), or at least not kill him.

Morin’s Matt is a struggling musician from LA who will have his hands full as he meets his girlfriend’s imposing father and close-knit family over a stressful and emotional Christmas break.

Tisdale plays Kayla, recently separated from her husband, desperately trying to figure out what’s next, and making everyone in the Quinn household as miserable as she is.

Rose plays Todd, a beleaguered son-in-law who is perpetually frustrated by the close-knit family he married into and copes by venting and drinking with his fellow in-laws.

MacArthur plays Sean, the only son of the Quinn family, a working-class family man who’s just trying to keep his head above water so he can watch the Eagles game in peace.

Mendler and Morin’s background of portraying a couple on NBC’s multi-camera comedy series Undateable played a role in their casting as a couple onMerry Happy Whatever. It was a scene of the two of them from the NBC sitcom submitted by Morin that led to the Netflix series producers also reaching out to Mendler, who had been working on a graduate degree from MIT and was not pursuing acting work at the moment.

Tisdale is repped by Gersh and Red Light. Rose is with BRS/Gage Talent Agency and The Cartel. MacArtur, recently seen in MGM’s digital series reboot of Mr. Mom, is repped by WME, Management 360 and Morris Yorn. 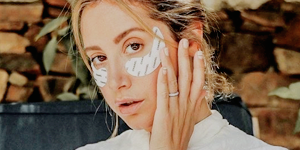